The Love From a Daughter 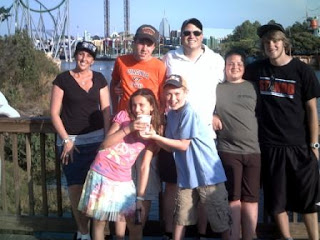 I have been a father for nineteen years.  I have three sons (19, 16, and 14), a step-son (13) and step-daughter (12).  It makes for some very memorable family vacations and events.  When my three older sons were young, I was often asked whether or not I missed not having a daughter.  I always felt fortunate that all three of the boys were healthy, so I didn't really give it a second thought at the time.

My older sister has a daughter who is just two months older than my 16 year old son.  My older brother has a daughter that is about six months older than my stepdaughter, a son my oldest boy's age, and a stepdaughter two years older.  It is a real pleasure when all of the cousins are together since they are in a comfortably tight age range.  They can talk about high school, middle school, college, jobs, you name it.

When my nieces were young, I used to scare them by chasing them and growling at them with my bearded face.  Even though I was just kidding around, they really were quite afraid of me, and didn't like me very much.  At the time, I thought it was funny, but it really wasn't so fun for them.  My now sixteen year old niece, would barely speak to me until she was almost four years old.  In my exuberance, I didn't realize that it wasn't such a good idea to scare and tease my young nieces as I did with my sons and nephews.

Six years ago, I met my wife, who has a son and daughter.  My loving wife explained to me that teasing little girls wasn't fun for them, and it didn't bode well for my popularity.  When I asked my wife to marry me, I realized that it was of the highest priority that I learn how to act like a father to her daughter.  It may sound corny, or the writing material of family film comedies, but learning to be the father of a daughter was something that I lacked experience with entirely.  I had moved my family out of town in 2000 and only saw my parents, brothers, sister, nieces, nephews, etc. on family occasions and holidays.  When I would see my nieces, they would give me the standard issue shrug n' hug that you teach your kids to give their relatives in order to be respectful.  It wasn't their fault, I just hadn't cultivated a quality relationship with them since they always knew me as "Mean Uncle David".

However, while in a new marriage, my wife made it very clear to me how important it was for me to learn how to react to my step-daughter's behavior with sensitivity, compassion, and understanding.  This may sound simple and inherent behavior, but for me it was something that I would have to learn.  Now, don't think that I am some ogre, I really do have a soft chewy center, but it was a set of behaviors that I had to acclimate myself.  In retrospect, I feel that I took to it quite naturally (my wife may disagree) and really enjoyed the new perspective in parenting.  I learned how to spend quality time, one on one, on seemingly simple activities; that surprisingly turned out to be very special.  Sometimes it would be going out together to buy a pair of shoes for a special occasion, dropping her off at a birthday party, shopping for Mother's Day gifts, reading together before bed, or something as seemingly mundane as blow-drying and brushing her hair before bedtime (surprisingly the most special time of all).

﻿
It seemed that almost overnight, the relationship with my young nieces also improved.  Over the past six years, the shrug n' hugs have been replaced with my nieces seeking me out to give me a honest to goodness "It's so good to see you", hug.  My response has changed from pulling on singular strands of hair from their head to extract a YELP to a warm hug and kiss on the forehead.  I used to be the last one they would greet, and now I am the first one to get a hug when they or I walk in the door.  Just this evening, my sister's daughter, the one so deathly afraid of me as a toddler, gave me a big hug on her way out the door when her father came by my parent's house to pick her up.  Even my youngest niece surprised me the other day when she came up to me before we all left a basketball game, to hug me goodbye. 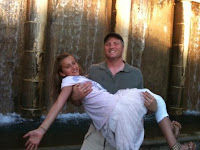 Learning how to relate to my daughter, and my nieces has helped me relate better to a diverse workplace.  Traditionally, the steel industry was male dominated, and  juvenile to say the least.  Twenty years ago, I would describe daily life in the mill as being in the 8th grade for a living.  In the contemporary steel industry, much like many other segments of heavy industry, women are forming an ever increasing professional presence; not just a clerical or support role.  As a department manager, it is imperative that I apply the lessons learned about the difference in relating to sons and daughters to the different techniques of supervising both men and women.

Childish banter, hi jinx, and Tom-Foolery don't make good impressions with female coworkers or subordinates.  Even in high school, teenage girls were never impressed with the stupid and immature behavior that teenage boys would exhibit while with one another cutting up.  There is a whole article, or even more that could be devoted to the intricacies and nuances of supervising in a diverse environment, so I have no intention of stretching this one out any further.

To sum it up, in part I have learned how to become a better supervisor and manager, because I had the challenge put to me to become a better parent.  I recently gave a speech at a special occasion for my daughter.  During that speech, I thanked her for the gift that she gave me.  That gift wasnt just her love and affection, but the more priceless opportunity to be the father of a daughter.