Self-Esteem can be destroyed as easily as pulling petals off of a bouquet of roses. 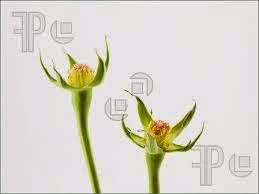 As a middle manager, we are often the target of the frustration from our direct reports.  This is particularly intense if you are in a manufacturing environment where you may have dozens of hourly employees as well as salaried supervisors reporting to you.  In a previous post back in February 2011, I wrote about the importance of communication (www.managersandwich.com/2011/02/karaoke-communication-dont-be-talking.html) when relaying news, both good and bad.  The ultimate squeeze play is when we are the bearers of bad news and are forced to deal with the negative response of those in our charge.

In many situations, I have correctly and politely communicated to my superiors of the probable response that a new directive or program will illicit from the workforce. This is mainly an informative exchange, and not a refusal to relay the information.  Sometimes I am not so polite, in fact, my responses have been recently characterized as frank, succinct, and colorful.  It is important for me to balance my responses so that I don't get a reputation of being difficult or uncooperative.

The ability that we have to endure this, is a critical link in the communication process.  It is a skill, when mastered, makes us good managers.  However, most of those who work with us or for us don't realize the toll that it can take on our self-esteem.  In leadership positions, it is important not to show signs of frailty, or inability, no matter how difficult.  We can never always know how confident others are in their abilities, and how much they may be depending on us to lead confidently in light of uncertainty or even danger.  If we exhibit signs of panic, fear, or irrationality, then our ability to command respect will be compromised and our effectiveness diminished, or completely destroyed.

Unfortunately, this is lost on the individual person who lacks any semblance of empathy or at times decency.  In the midst of leading a group through an unpopular, undesirable task or transformation, we will invariably be challenged and accosted by those who don't agree.  In a shop floor environment, these challenges can be downright confrontational and nasty, especially in large groups.  The mob-effect as it is called can take over the situation with horrifying results.  (source.southuniversity.edu/examining-the-mob-mentality-31395.aspx .

I have been the target at many meetings over my career where the message I am trying to deliver is continually interrupted by people who are: 1) not listening, 2)partially listening and over reactive, 3)trouble makers looking for an opportunity to embarrass me, and 4) people genuinely concerned about the outcome.  The former three groups dominate the latter, and often distract from any real solution.

When these meeting get out of hand, the common decency can disappear completely, and replaced with loud voices, foul language, extreme second guessing, and endless what-ifs.  It feels as if I am being pelted with rotten tomatoes.  Sometimes I have asked certain individuals to refrain after they have expressed themselves in order to allow others to speak.  At other times I have had to table the discussion if things ran out of hand.  A few times, I have had to excuse people from the meeting because of their verbal assault or indecency. All the time however, it was necessary to keep my cool and to weather the storm until its end.  Nothing replaces acting professionally.

What many of these employees rarely understood was how much those confrontations took out of me emotionally and mentally.  The name calling, the cutting off of explanations, the assumptions, or even the ethnic remarks that would be said as they were leaving, not realizing that they were heard (bringing on of course an inevitable correction which is a confrontation all its own - another blog entry in the future).  Sometimes a day like this can wear a manager down, completely stripping the self-esteem needed to keep you focused and determined to do what is necessary to get the job done.  On a drive home, I have felt totally drained only to get pounced on at home for something I didn't even expect, completely unrelated, but equally damaging to my now fragile temperament. 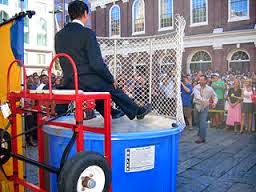 To be a successful leader and manager, we need to recharge that self-esteem and to shed the previous day's experiences.  If we carry them with us like grudges, it will slow down our progress and burn us out.  I always say that I have to drill deep for my self-esteem since I would never survive off of the surface water, an analogy to drilling a deep well for water, instead of taking it from ponds and lakes.  Finding ways to strengthen our self-esteem and to revive it after a battle is essential.  This can be done by participating in non-work activities with other people, spending time with friends and family regularly, finding a hobby or self fulfilling activity, or simply venting to a friend.

Several months ago, I approached an employee to congratulate him on an idea that he had implemented.  I asked him to enter it as part of a company sponsored idea/solutions reward program.  For reasons I still cannot fathom, that employee, along with his partner, railed me with a 10 minute lambasting on their dissatisfaction not only with the program, but with me, and misconceptions they have harbored.  It was an overwhelming display of disrespect in front of four other coworkers of theirs.  I finally interrupted both of them and said, "There is absolutely nothing I can do for either of you, so I am going to leave the break room, have a nice weekend."  With that I made my leave and felt like I had been run over by a truck.

I didn't hold a grudge, and two days later, one of the two apologized for unloading on me so heavily.  I replied to him that he hadn't even treated me like a human being, and that I did not retaliate nor did I hold a grudge.  I asked him to consider the fact that he put me in a five on one situation, and instead of retaliating, I made my leave.  I am not sure how much he gleaned from it, but I am glad that I was able to express it without anger, and in a professional manner. 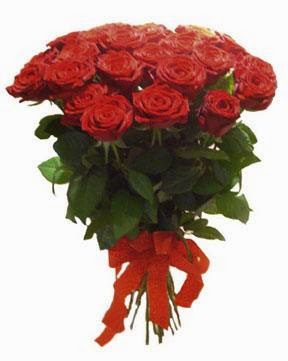 When people give us a piece of their mind, and do it insensitively, it is if they are tearing off a piece of our self-esteem.  Think about it as a bouquet of roses, with bright beautiful petals.  People notice their beauty and don't even think about peeling one off, rubbing it in their fingers, and then simply tossing it away.  Their one petal plucking isn't significant, unless fifty people do the same, and then all you are left with are stems.  Stems that need to be revived, so that tomorrow you can arrive with another beautiful dozen.  Hopefully people appreciate what you have to offer, sometimes they won't, and our self-esteem must be strong enough to endure it each and every day.