Everyone Wants to be in Charge, That is Until Decisions Need to be Made.

November 19, 2013
Everywhere you go, you will find people who are just dying to be in charge, that is until they have to do something with all that sought after responsibility.  Being a leader, for those of us slugging it out in the middle manager slit trenches, is all about making decisions; mostly the unpopular kind.  The easy decisions, are well, easy. 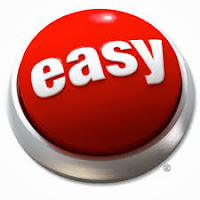 As an old boss of mine would say, "That's easy, it's a no brainer!" Of course, that is assuming easily enough that I was a complete dumbass when I came to him for his infinite wisdom.  The simplicity of my challenge completely eluded my simpleton nature. I would always tell him that if it was easy, the guys doing the job would have already fixed it.  I was trying to get him to understand a much bigger problem that he was conveniently trivializing.

So we all have had a boss, a middle manager who reigned over our even lower level of management, who thought our challenges and decisions were easy.  What is worse is when we are working with people with so much avarice, that they can't wait to be in charge.  Except when the most unpopular decision must be made and the actions executed, because that is the meat and potatoes of what leaders have to do.  Let's just admit it, the job sucks, but it does pay; at least it should.  There is also that seemingly abstract notion that we gain satisfaction and gratification from completing a difficult job, and getting it done correctly.  Some are looking for some weird form of glory that has certainly eluded my capture all of these years.

About fifteen years ago, I was a maintenance general foreman in a steel mill (big surprise!).  I was only about 30 years old, and the average age of the 45 mechanics in the crew was 44.  During the onset of a two week outage, the shop steward and department wise-guy asked if the shop could get a new refrigerator.  Now this character's modus operandi was to put me on the spot in front of the entire crew to see if I would squirm, I didn't.  I looked at the mold infested refrigerator, full of reused plastic grocery bags, filled with whatever leftovers that came from wherever. . . . gross.  The fridge was a disaster, and I mean it was nasty.  I replied that if the guys could clean out the refrigerator, and throw out all of the science fair experiments, that I would consider getting a new one if the one we had wouldn't do the trick.  That wasn't good enough for my  best buddy, the shop rabble-rouser.  He said to me in front of everyone "It always has to be your way, doesn't it?" I replied to him "Yes, it does, and if you want to make decisions around here, you can get yourself a white hardhat (salary), a paycut, and a lobotomy, then you can make all the decisions you want.  Until then, it is my way."

After that exchange, we were done with the refrigerator issue, and aside from a slanderous rendition of me drawn in the bathroom, there was nothing else to be said.  When it came down to it, the shop steward wanted some power, influence, respect, or just the ability to call the shots.  But only when he didn't have to justify the expense, or deal with the consequences of his self-centered, self-absorbed decision.  The funny thing about the work environment was that I left it up to the crew coordinators and the rest of the guys to get their work done their way.  As long as they worked safety and effectively they had an amazing amount of freedom to get their work done without me ten-footing them (standing ten feet away while they work).  However, when an unpopular decision came around, they wanted nothing to do with it, and that is where I had to go to work.  Sometimes that decision dealt with the job having to run late, or people being forced to work over.  Many times the decision meant that I had to deliver the rotten news to the upper-upper.  Either way, it wasn't going to be pretty.

Hard decisions presented to a middle manager poser are like a bright light that scares the roaches back underneath the stove.  While everything is in their court they want to run amok and make a star of themselves, but once they have to put their reputation on the line, they run for cover or worse yet, get instantly stupid.  If you have some of these characters around you at work, the best thing you can do is give them all the hard decisions they can choke on.  Load em up, and do it quick and hard, no mercy.  Don't just let them take the gravy work for the glory; have them take on the drudgery as well.  This doesn't work so well with peers since they don't report to you and will tell you to stick it where the sun doesn't shine if you give them orders.  Overly ambitious and experience lacking subordinates however can be made to feel the pain that if well administered will teach them how to be a quality decision maker and leader.  If not, then they will isolate themselves as useless.

Interestingly enough, these same wannabes are also A-Holes (see earlier post on A**hole gardens).  They really don't yet have what it takes to lead.  They want all of these perks and benefits that they perceive come with the job, but they certainly don't want the hard and undesirable portions which are requisite.  It emanates from a lack of maturity, and a lack of true understanding of what it takes to be a good supervisor or middle manager.  We have the responsibility to show people what they can accomplish, remove the roadblocks, and encourage them to succeed.  It is for these reasons why we are in the job that so many others may covet.  It takes a real solid person to shoulder the good and the bad (especially the bad) in the workplace.  Keep pulling the cart dude, you aren't the only one.  Looks glorious, doesn't it? 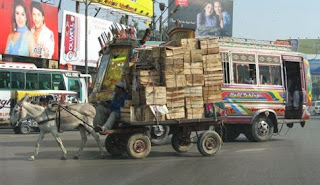