Tend To Your Fields at Work, Don't Let Them Turn in to an A**Hole Garden

November 17, 2013
During the past twelve years, I have had the fortune of working in a rural area as well as urban environments.  Each year, on my drive to work through rural areas, I notice the fields being turned over from one crop to another.  The corn is planted in the spring after the wheat harvest, and is knee-high by July.  It dries in the fall, harvested, with the long stalks used for silage to feed cattle.  During the next spring, the ground is plugged for soybeans which dry to a golden brown in the late summer.  After harvest, the fields are then planted for winter wheat, and the cycle begins again.

Throughout many conversations with co-workers and prospective employees that I have met in interviews, I have learned so much about how people make their living.  They have been performing some of the most important and long standing tasks known to civilized human beings.  There is a special care that these family farmers take while they tend to the crop cycle.  The grain doesn't grow itself in that bounty, but is encouraged to grow through fertilization, proper drainage, irrigation, weed control, pest control, and countless other vital methods.  During this repeating cycle, tracts of land are allowed to go fallow to enable the soil to recharge its nutrition.  Our coworkers, superiors, direct reports, as well as each of us are so much like those crop rotations.  Each year we are given new challenges, and each year we battle challenges in the workplace that parallel the fight for survival that the wheat, corns, and beans have against the elements.

In between the rows of bounty however grow the weeds of discontent.  Weeds drain the soil of its nutrients, and steal the sunshine from the surrounding stalks.  In the workplace, there are weeds as well, except they are better known as A**HOLES.  It certainly would be great if we could spray Roundup in the workplace, sparing all of the producers while getting rid of the A-Holes each season, but it really isn't easy, and in may cases isn't as desirable as you may think.

All of us work with people, or for people who are complete A-Holes.  They snipe from the corners when we give presentations, they taunt us in the hallways after a failed project is killed, or they may even be your boss who never thinks your work is good enough.  Perhaps, your A-Hole is a direct report who manipulates the rules and company policies in order to wreak their own brand of havoc at your expense while simultaneously at their amusement.  I even wonder how some of these people can rationalize the amount of effort, time and their own personal resources spent on disrupting  everything around them for their own satisfaction.  It seems that in many cases, their efforts could be cut in half if they directed themselves to contributing rather than making our lives miserable, but that wouldn't be any fun for them, would it?

If you can glean anything from this blog, please consider this theorem:  For every A-hole in your organization, there is at least 2 or 3 that have the wish to take that person's place.  Removing your A-hole from his or her place, whether through termination, retirement, or transfer, only creates a void that will be quickly filled by the hidden potential A-Holes in waiting.  My father used to tell me" . . .There is an A-Hole is every outfit, you are lucky if there is only one . . "

Very similar to an earlier article regarding a** kissing, (see November 2011 "Me Thinks Thou Art a Suck-Up), the behavior of an A-Hole can easily be suppressed.  Unlike sucking-up, being an A-Hole takes a dominant personality type.  Most of the people who fit this bill are bullies in general or are quieter with passive-aggressive tendencies.  Above is a funny video from "The Man Show" with Dr. Drew.

I can remember, years ago when I was in the start of my career, waiting for the day for the office A-Hole to disappear.  Quickly I realized that each time one was fired, promoted, transferred, etc. that he/she was replaced by several new ones.  These new, budding A-Holes were worse than the original.  Their behavior changed drastically, but after observation and recollection, it was straight forward to see that they had it in them all along.  They envied the person who made every one's life miserable. They saw that a person could have a profound effect on others, even though it was totally negative, with much less effort than it takes to have a constructive effect.  It is always easier to destroy than it is to build.  When we suffer from low self-esteem it is a shortcut to tear others down to make ourselves feel better.  The cloaked A-Holes around you are just waiting for their turn to reign, don't ever forget it.

For some, with these tendencies, they may not have the skills nor the experience to truly lead and inspire, so instead they act obnoxiously and steal the sunshine and nutrients from the rest of us.  Know the ones around you, in order to deal with their foibles.  The devil that you know is better than the devil that you don't.  Try not to waste time waiting for these A-Holes to disappear, instead cultivate them as best as possible in the garden fields of our lives.  We need to tend to their needs to grab attention and have fun at the expense of others.  It is too bad there isn't an Assaholics Anonymous for real,  like there is in the video.  The reality is that we can't change the world around us to fit our needs, rather we need to do whatever we can to change the world to fit the greater good.  That takes patience, perseverance, and a thick skin. 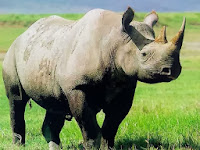 It ain't easy baby! but it certainly is worth it in the end.  Allowing these types to dominate and destroy makes all of our work and effort a waste.  If you really want to make a difference, learn to cocoon the A-Hole in your midst.  Take care of the rest of your field, and bring in the crop.