Collision of The Cultures

February 13, 2011
Earlier in my career, I went to work for a Japanese owned company right out of school.  This was very exciting for two reasons, the first that I was starting off my engineering career, and secondly that I was working for a company that had a cultural duality.  For many of the mid-upper managements positions there was a parent company Japanese manager that worked with the local manager.  The parent company's goal was to integrate Japanese manufacturing and business philosophies into an existing American business unit.  To make movie references (which I often do), I would compare this situation to the movie "Gung Ho" with Michael Keaton and George Wendt, rather than "Rising Sun" with Sean Connery and Wesley Snipes. 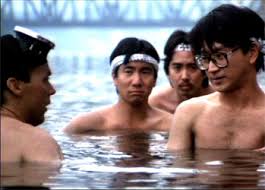 The former showed a more whimsical view of the culture clash between Japanese and American business culture that was more of a parody, but still showed some basic differences that were exteremely challenging.  Some of these basic differences are listed below:

Problem Solving:
The Japanese managers would stress the detailed analysis of a problem, trying the find the root cause in a painstaking analysis that sometimes made the solution more painful than the problem, while other times it resulted in a long term benefit.  The American managers liked to shoot from the hip, and make a quick decision and start executing a solution while making changes along the way.  This method also proved successful, but at other time exacerbated the problem, making it a more punshing solution.

Instructions:
I observed the Japanese managers and engineers using sketches and graphical methods to communicate ideas and instructions, while most of the American managers were more vocal, using auditory delivery and cruder sketches to illustrate procedures.  Many times these messages were much more vague than the Japanese equivalents.

Over the nine years that I spent in that environment, there was a blend of philosphies that took place.  The Japanese contingency was only permitted to be in the US for three years at a time.  This frequent and staggered rotation made it difficult to fully meld the best of both worlds while removing the worst.  Unfortunately, the partnership didn't last more than fifteen years before the Japanese parent company decided to divest itself from what was becoming a doomed enterprise.  I was fortunate to be able to work in this environment while I was still young and flexible enough to recognize the good that exists in all different ways of thinking.

When we work for a company that is purchased by another or the leadership base is drastically changed, we are presented with the challenges of change that completely surrounds us.  What we must remember in this situation is that the way things used to be done is over, and the way things will be done is upon us.  The new scheme of ownership and management will be equipped with its own goals and criteria.  Hopefully, we can sift out what was good about the past, so it can be melded with the future, but this takes objectivity that usually is hard to come by.  All to often, a foolish pride in the "old ways" sets in, and we are so intent on protecting the status quo that we will not be part of the future solution.

It is no wonder that a new leadership team comes in and displaces many of the old guard.  This life clutching grasp around the status quo too often limits the flexibility of the existing upper management, and they are the first out the door.  As middle managers and supervisors, it is our job to lead our teams through a new terrain.  Bad-mouthing and naysaying is not leading, it is losing.  If you cannot find your place in the present, then you will not be part of the future.  If you can't find the path to accomplish your functions, then the new regime will find someone who will.

If you find the future to be compromising your ethics and morals, and you fear that you will be mistreated, then you have to make a personal decision to leave.  In most cases however, this is not the case, and a amicable solution to the changing environment can be found.  You may be please to see that six months down the road the future looks brighter. As a leader, we need to find the best in the situation, and eliminate the worst.  Our team will see that, and they will do the same for the most part.  Those who don't, will simply not make it through the transition.

I have seen this over a half-dozen times in my 20 year career, and each time it has been easier for me to work through it.  Sometimes I catch myself speaking negatively, and I need to remember that boo-ing the home team will result in getting benched.  Overall I have been fortunate to  know when to hold and when to fold.  When to stick it out, when to bail out, and how to land safely.